TRADE WITH AFRICA – KEY TAKEAWAYS FROM THE GTR AFRICA 2020 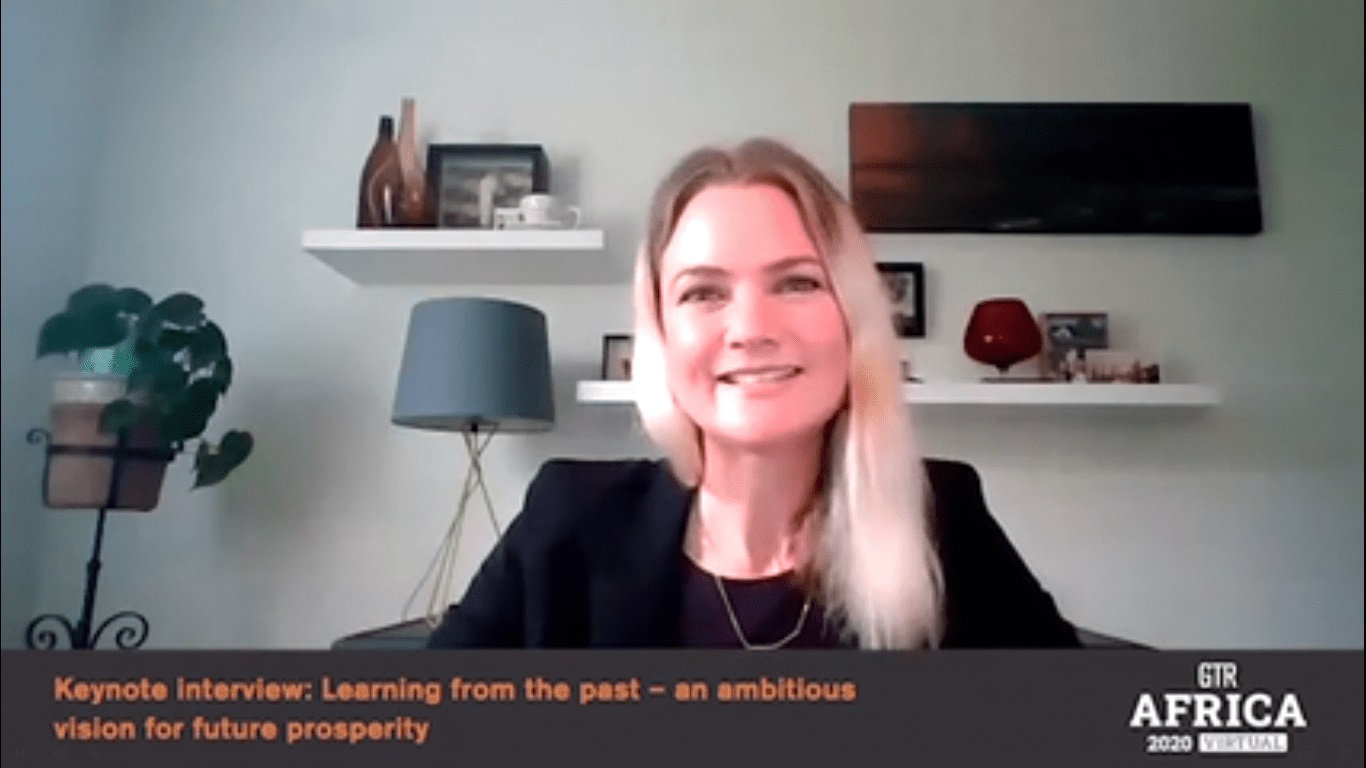 Global Trade Review is one of the most sought-after events every year. The GTR 2020 Africa did not disappoint either with experts from all over to discuss the key issues pressing Africa as a continent. It is apparent that most people that attended have Africa trade at heart and acknowledge it is the path for getting an economic breakthrough in Africa.

Africa is a great continent rich in resources such as gold and diamond, but why is Africa still wallowing in poverty and debt?

Some of the key issues facing Africa include:

The trade finance gap is one of the major stumbling blocks facing Africa as a continent. Many traders have not been able to access trade finance, and that has hindered trade activities.

Even though WTO is working on addressing the shortage of trade finance, it is still not sufficient. There is more that needs to be done.

The banking sector can quickly fill that void, but pushing it away is the high pre-contract cost involved. There are also many market uncertainties that have pushed away international banks.

Causes of the trade finance gap

Some of the reasons for the growing trade finance gap include

Some of the solutions that can be implemented to solve the trade finance gap include:

Even though we are in the information age, there is a lack of smooth flow of information in Africa. As much as up to 65% of African have smartphones and can access the internet, there are still many infrastructure problems and thus a high number of people in the villages that cannot access internet connection. That leads to an information gap.

One of the critical areas that are affected is the marketplace. There is no transparency of information between stakeholders involved leading to exploitation of prices. This makes the middlemen be the main winners as they exploit producers and final consumers.

When you compare anglophone to francophone, the latter tend to have more issues with information gaps comparatively. This has cost it a big deal leading to unsophisticated markets and a more significant trade finance gap.

The communication divide in the continent has dramatically contributed to the information gap. This has led to more deviation of trust and unity that has affected many other areas.

In Africa, there are a lot of fragmented markets. This dates back from lack of inter-country connectedness, which was brought about in the colonial era. The market’s infrastructure was initially designed to serve European markets.

Even though unions bring countries together, such as COMESA and ECOWAS, we still have a long way to go as a continent.

We are all aware of the EU and the impact it has had on the continent, and if Africa would embrace the same, then the sky would be the limit.

There is so much politics involved in many countries, each with their own rules and policies. In some cases, that has created barriers of entry pushing entrepreneurs to do businesses in some countries such as Mauritius that are more business-friendly.

Poor infrastructure contributes to fragmented markets. Transportation of goods between the two regions is a challenge, especially between countries. Apart from physical infrastructure, the customs transaction costs are also high. That is why it may be cheaper to transport goods to the UK as compared to transporting to another African country.

The lack of common currencies has also fueled fragmented markets. This may be far fetched, and it will take some time before we can get to a level that we have a common currency. However, francophone countries are a leap ahead as they have a common currency and common central banks and that has made a significant impact in making the region have harmonized regulation, which has contributed to it being risk-averse.

In Africa, there is no one formula for setting standards, which has affected the continent’s development. Every region or country deals with its issues on its own, and there are no standards used. For example, when a solution for a particular problem is sought, it is typically done in isolation, affecting the whole ball game.

We have a long way to go to digitization

Some countries are trying their level best, and some blockchain innovations are going on, especially in the mobile financial transmission sector.

What is in for the future?

Even though there are many issues that the continent is facing, there is still hope for the future. Some of the indicators include:

Singapore has a beautiful story of rising from the ashes for a short time and being the entryway to Asia. Singapore is committed to enabling intra-Africa trade. Some of the steps Singapore is taking to help Africa include:

Singapore has taken the initiative of organizing strategic events such as the Afri-Asia fintech festival. This is more like a business networking festival so that different companies from both Africa and Asia can get to network and know each other.

Singapore acknowledges the importance of transparency and information flow. That is why it is working on a platform to bring together SME’s to discover each other. The platform will not only be for trading but also logistics, knowledge, marketing, etc.

The platform will enable asynchrony between the private and public sector to bridge the gap.

Singapore is working on improving SME’s and value chains’ sustainability so that they do not become irrelevant with time.

Alternative Finance is jumping into the bandwagon.

Now that banks are not aggressive in solving the gap, alternative finance companies such as Artis Finance (artisfinance.com) have jumped into space. It aims to capture the growing market and deal with banks’ regulatory pressure and traditional financial institutions. Artis has partnered with mid-market corporates to optimize the capital arrangement.

In the current age, it is impossible to ignore blockchain. Just as many places have embraced blockchain, Africa has not been left behind either. There are many blockchain startups and communities with the leading companies being Nigeria, South Africa, Kenya and Ghana. Entrepreneurs are willing to do anything to make it work for the continent, including using blockchain. There is Marco Polo, a blockchain trade finance network committed to bridging the trade finance gap.

Just like other regions, there are many other issues that Africa is struggling with. The journey to solving our issues as a continent is one step at a time. With technology, it gets better with time.

At Sulma & Sulma, we are experienced in the African market and can give companies interested in the East African region an entryway. Through our experience, we can give insights, market information and help with strategic partnerships. We understand human behaviours, their pain points, their buying intentions thus we can help in the transition of technologies into desired products.

Let us talk about possible cooperation in Africa, or sharing our knowledge and experience by performing our workshop for you. Contact us here.